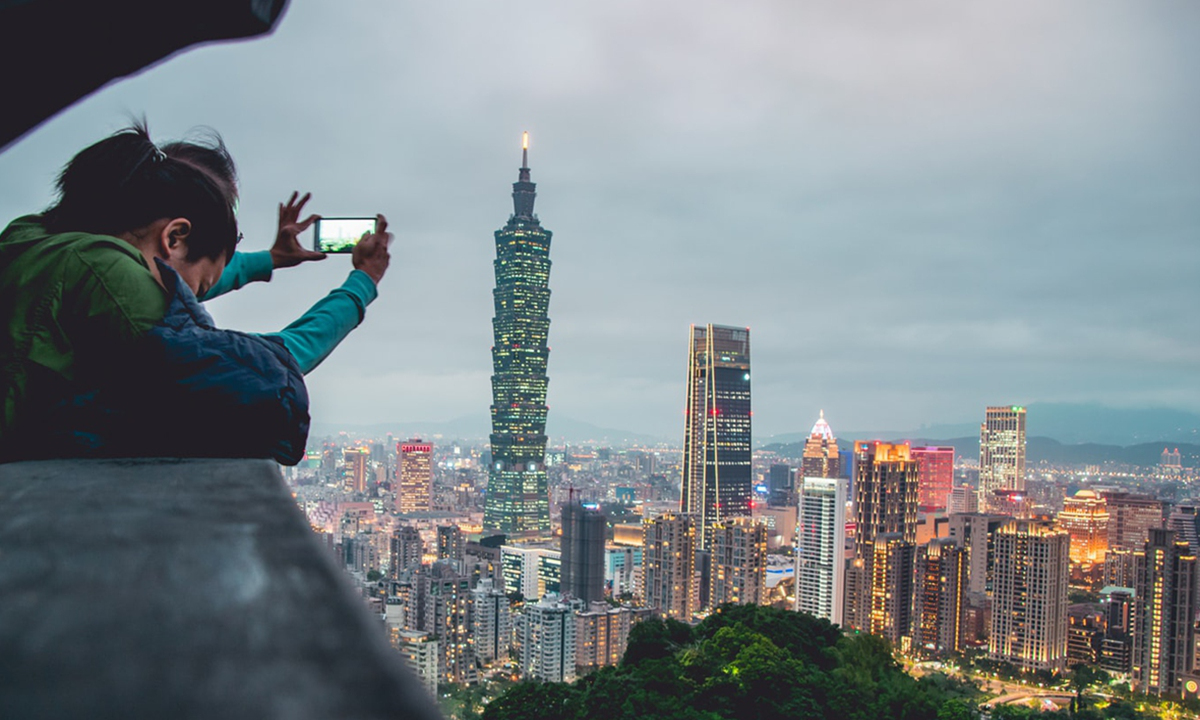 Taiwan-based politicians and pundits believe that failure to join the Regional Comprehensive Economic Partnership (RCEP), the world's biggest free trade agreement, will deal a heavy blow to the already sluggish economy of the island of Taiwan, a result experts pointed out will further isolate the pro-secessionist Democratic Progressive Party (DPP) and help accelerate the reunification process.

Taiwan's economic authorities on Monday conservatively admitted that the island will bear the brunt of the RCEP in three sectors - petrochemicals, upstream textiles, and machine tools - as products from the island will face fierce competition from other RCEP countries, which shares a reduced tariff among one another.

Lee Chun, deputy director of the Taiwan WTO and RTA Center of the Chung Hua Institution for Economic Research, on Sunday warned that Taiwan may find itself ill positioned when it seeks to maintain a presence in Southeast Asia, where Taiwan's businessmen have invested a lot.

Tariffs among RCEP members will be further reduced, which will cause Taiwan businesses a painful adaptation period, according to Lee, Taiwan media reported.

In 2019, Taiwan's exports accounted for nearly 66 percent of its GDP. According to data from Taiwan's economic sector, the 15 members of RCEP have a combined GDP of about $25.6 trillion, accounting for 29 percent of the world's total trade. And trade with Taiwan accounts for about 58 percent of Taiwan's total trade.

Chiu Yi, a former Taiwan legislator and director of the Taiwan Institute for Economic Research, told the Global Times on Monday that reunification is the only way for Taiwan to join the RCEP, and the RCEP will assist cross-Straits reunification.

Analysts said that although Taiwan businessmen operating in the mainland will benefit from the RCEP, it is the people in Taiwan who will ultimately suffer from the DPP's pro-American, anti-mainland line.

On the island of Taiwan, workers are bracing for low wages, job losses and possible bankruptcies, Chiu said.

Taiwan has been left behind by its main trade partners in the Asia-Pacific region, who are trying to lift trade barriers and open markets with one another. There is expected to be less room for Taiwan businesses to invest abroad, and the flexibility of industries such as petrochemicals, textiles and infrastructure will become worse, Chiu explained.

Taiwan's economic competitiveness will be weakened due to its being excluded from the RCEP, although many Taiwan businesses in Southeast Asia are able to access the benefits, Wang Yong, a professor at Xiamen University, told Global Times on Monday. He added that several Taiwan agricultural products now enjoy zero tariffs when delivered to the Chinese mainland, but the benefits will likely end as DPP proposes the so-called decoupling from the mainland. Taiwan won't cut its economic links with the mainland, Wang said.

Although Taiwan's authority of foreign affairs said Sunday that Taiwan is striving to join the Comprehensive and Progressive Agreement for Trans-Pacific Partnership (CPTPP) to seek economic cooperation under its New Southbound policy, observers believe that the chance is also slim for Taiwan to join the CPTPP, as no country is willing to violate the one-China principle and damage its relations with Beijing, especially after the Trump administration withdrew from the TPP in 2017, the previous version of CPTPP.

Chiu said the New Southbound policy is existing in name only, showing that Taiwan is increasingly isolated by the international community. Taiwan's exports to ASEAN memebrs accounted for 18.1 percent of its total exports in 2015, which dropped to 16.4 percent in 2019 and 15.5 percent in the first nine months of 2020, media reported.

Chiu believes that the chances are also slim for the DPP authority to sign a free trade agreement with the US, as the new US administration, will prioritize to control the domestic epidemic, economic recession, social divisions, and healing European ties.

Kung Ming-hsin, Taiwan's official of development council said on November 11 that there is no scheduled discussion on a bilateral trade agreement at an economic dialogue between the DPP authority and the Trump administration schedule on November 20, media reported.